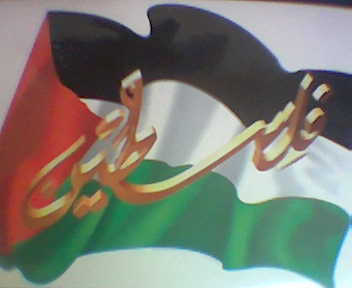 AL-KHALIL, (PIC)-- The Zionist prisons hold behind their bars more than 115 Palestinian women who are deprived from sun light and fresh air. Instead all day they face the Iron bars, suffocating humidity inside their small prison cells.

In letters sent from the imprisoned women to their families, and from interviews with recently freed women, it is obvious that these women confront harsh conditions in prison. The prison authorities are increasing their restrictions, breaching human rights basics, trying to yield them from their achievements, in addition to leaving them for days without food. Even when food is provided it is usually of bad quantity and quality.

According to Nafha Society for the defense of prisoners, the imprisoned women face many challenges. They are deprived of basic human rights and are put in isolated cells. They go through brutal interrogation to force them to confess to charges against them or their family members.

Nafha Society also revealed that during the past few years there has been an increase in the number of Palestinian women who have been detained and tortured in prison. Currently there are around 115 imprisoned women including several underage girls, mothers with children outside the prison and others detained with their children.

It is obvious that the occupation army rules which allow the army to detain underage boys and girls breach the basic Human Rights. Many of these detained minors are accused of crimes they have not committed. In some cases these minors are detained to put pressure on their relatives who are wanted by the occupation forces for their activities against occupation.

Nafha Society has documented quite a number of human rights breaches practiced against the imprisoned women. They are maltreated regardless of there age, are given small quantity of food and not allowed to use the prison canteen, and are restricted or even denied visits from their families.

As a tool of pressure, and to increase the suffering of the Palestinians, the occupying Authorities refuse to issue visit permits to family members of several imprisoned women by using false accusation.

Even when visits are allowed, it usually takes place behind a thick glass window and through microphones and speakers, and mothers are denied taking their children into their arms. Relatives are not allowed to bring any cloths or items needed by the women prisoners.

To humiliate the women, the prison guards often put them through humiliating strip searches.

During interrogation, women are as brutally treated as men. They are denied any contact with the outside world, and are not even allowed to contact their lawyers before the interrogation is over. The psychological pressure they face is agonizing with endless threats and terrorization.

Inside the prison, the women are pushed into tight cells that can barely hold 2-4 people. The place is stuffy and the windows locked. The women are only allowed a two-hour stroll in the prison yards every day. The food they are served with is best described as: "tasteless" cooked by civil guards that merely put all the ingredient together and stir.

As the prison canteen often closes it makes it difficult for the women to get cleaning materials. This has had a bad effect on the women's health and several of them are suffering the consequences. Moreover, they only receive papers a week after publishing.

Interrogation, Torture and Humiliation
According to several witnesses of the recently released women from "Talmond Prison", several associations concerned with prisoners' rights said that the prison authorities abusively transfer the imprisoned women from one place to another for no good reason. Also, there rooms are often turned upside down in a most atrocious way.

Maysoon AboAisha, who was released on 20 of July reveals how she was interrogated most brutally at the "Almaskobia Prison" in occupied Jerusalem. She was accused of trying to stab a Zionist Soldier in al-Khalil. The interrogation included sitting for long hours on a chair, put into an isolation cell for weeks, continuous threats among other forms of torture.

Rawia Asad Mousa, another released prisoner spoke of how she was detained in 2003. During that period she often faced violation, and immoral humiliation, during interrogation. The interrogators removed her head scarf and she was verbally harassed with statements that intend to devastate dignity and honour.

Although five women have been released on 20 of July, there are still more than 110 prisoners waiting to be released. They long for the day they are free.
nabolsy 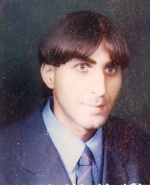